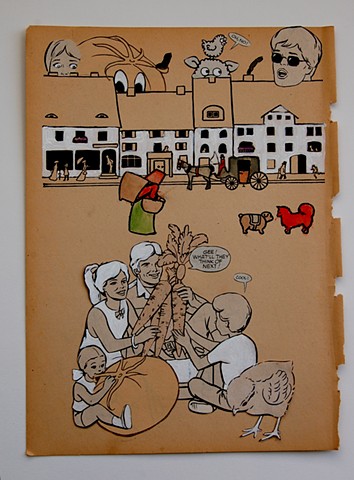 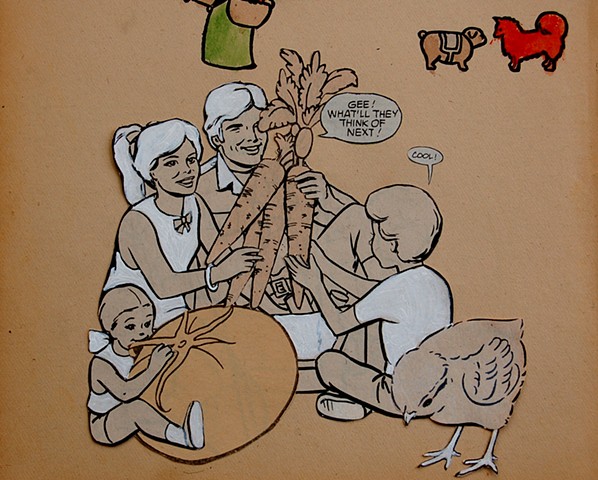 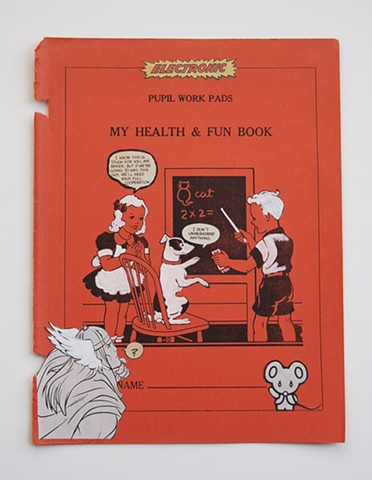 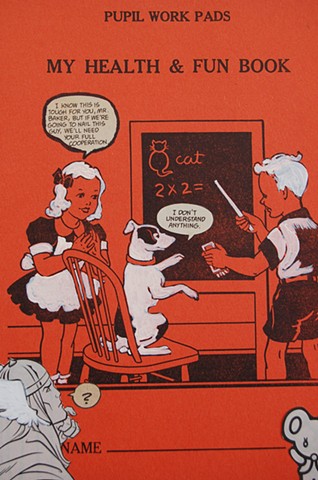 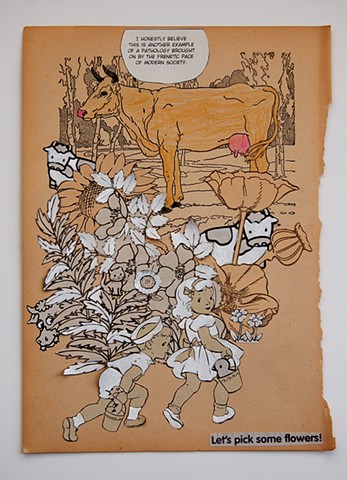 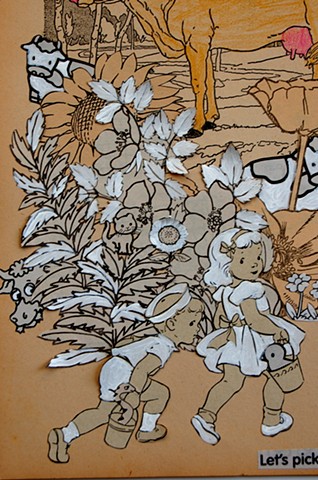 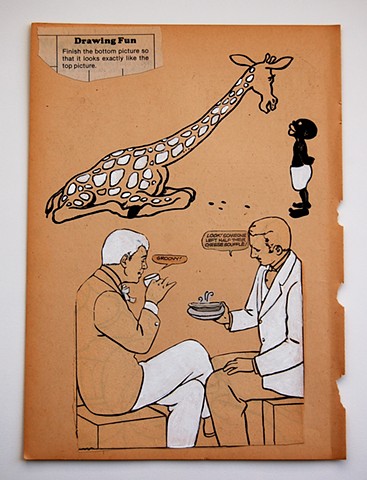 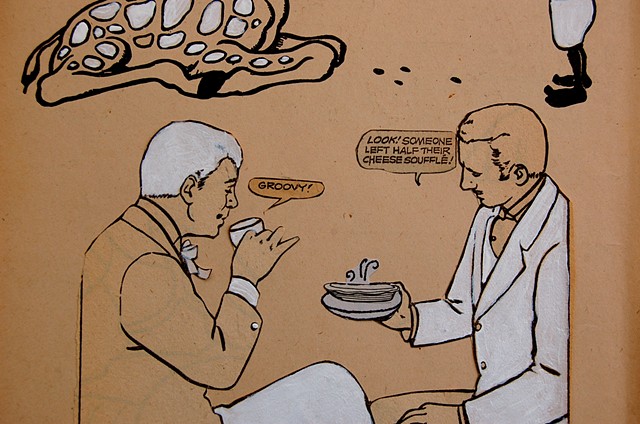 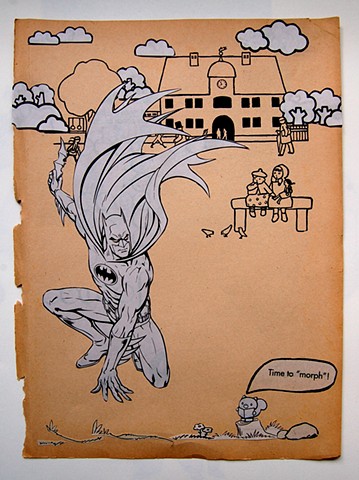 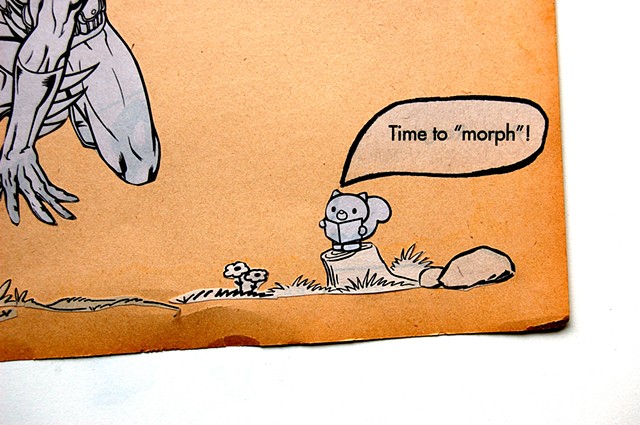 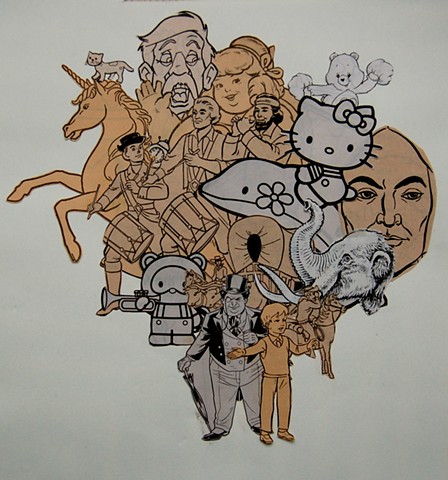 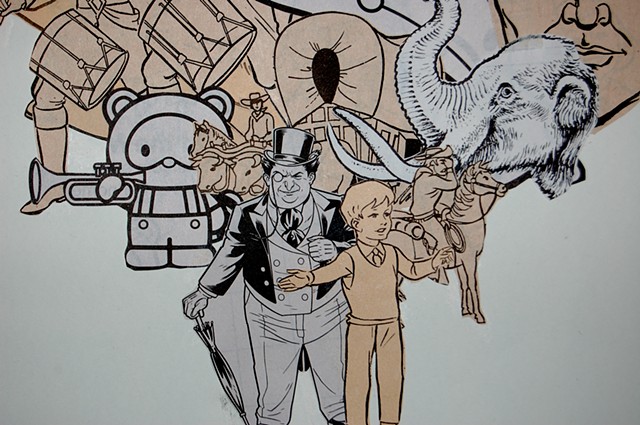 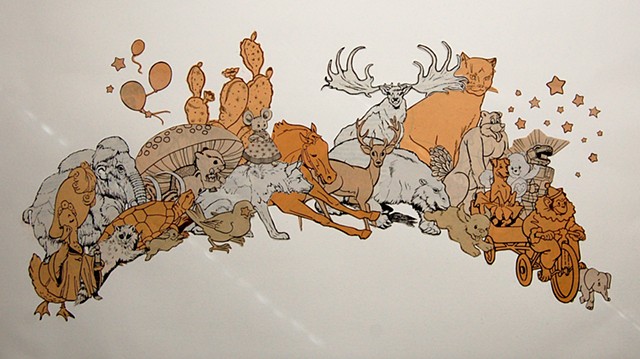 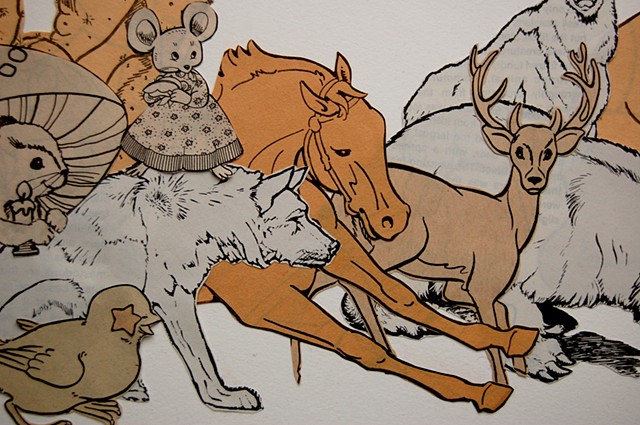 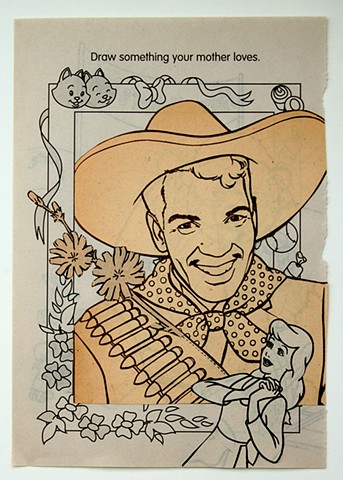 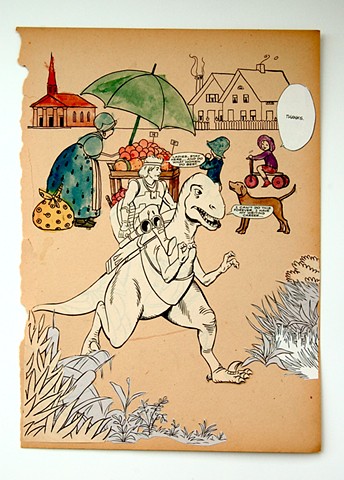 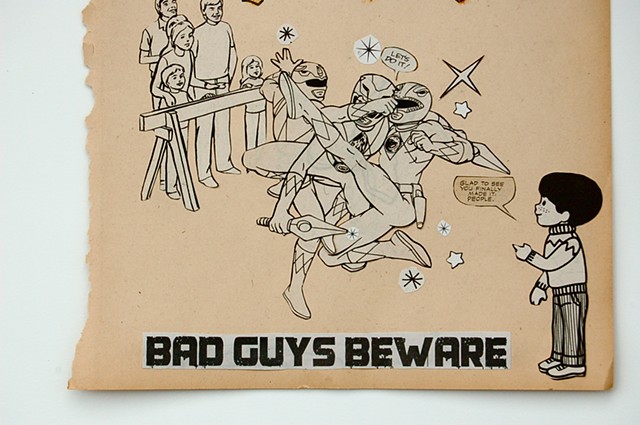 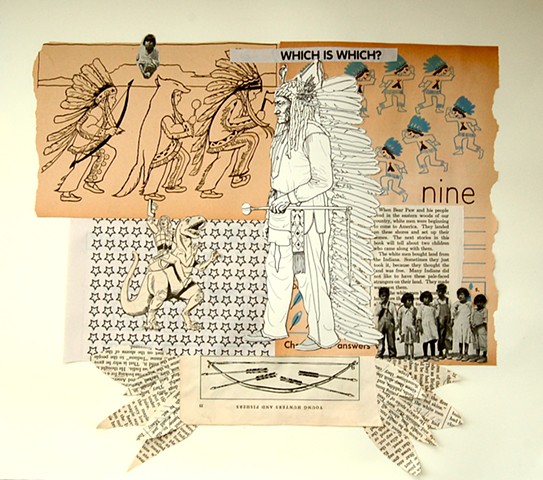 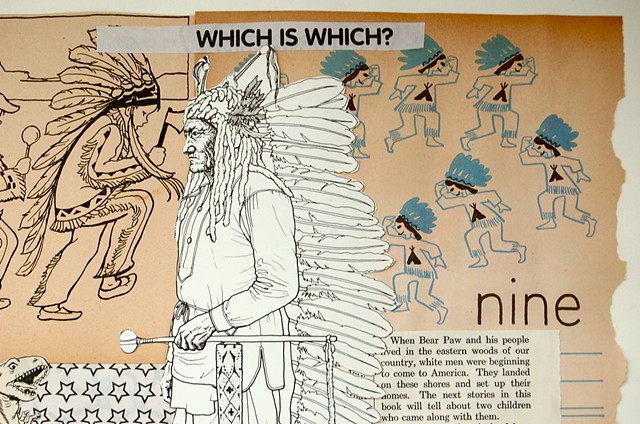 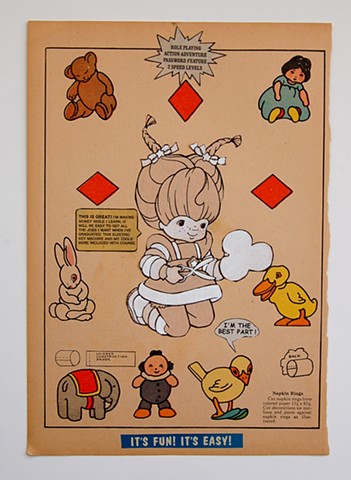 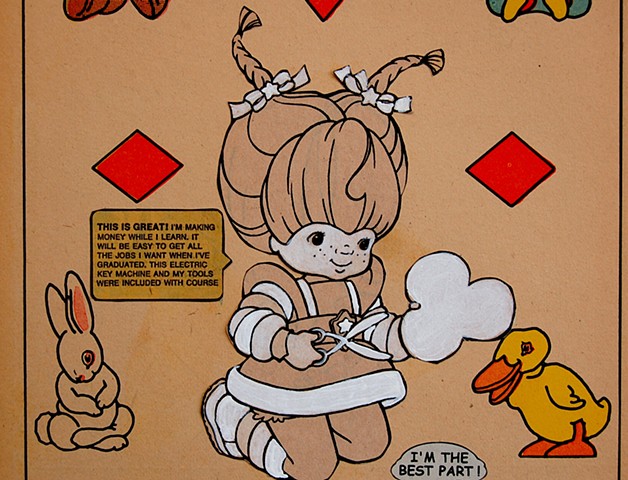 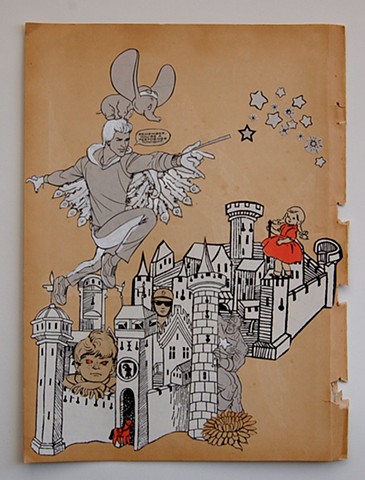 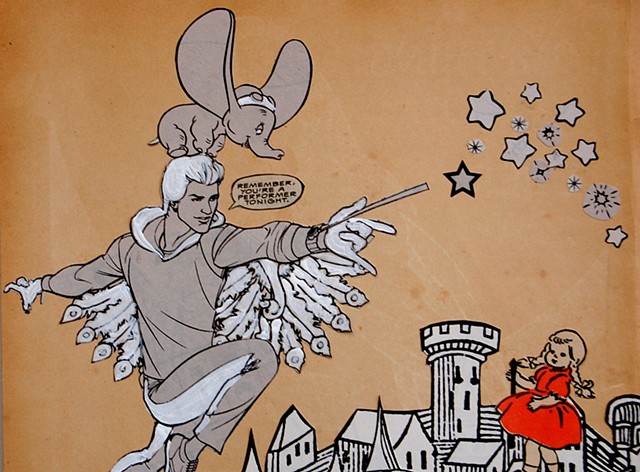 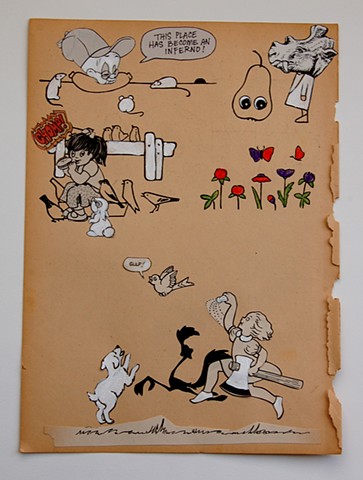 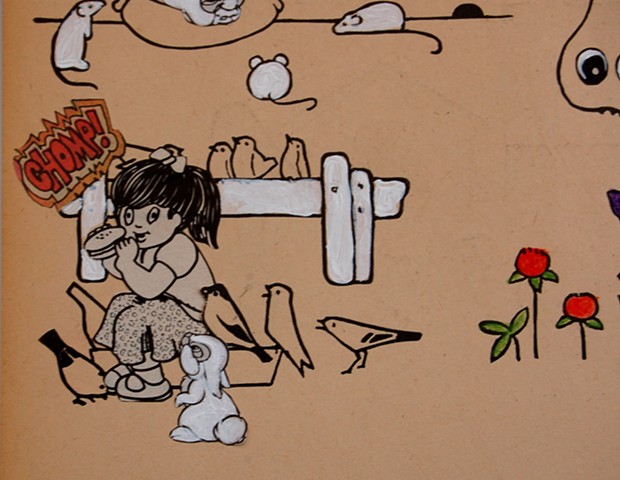 This series of "recut" stories is composed of visual narrative particles taken from coloring books from the 30s to the present. Coloring books retain democracy in their history, being one of the first art forms designed specifically for public "accessibility." Further, coloring books carry a didactic role in which education of the pubic, especially of children, becomes a primary function of the imagery in coloring books. Throughout time, the stories, characters, themes, and visual elements reflect the values of their time. These values are often in violent contradiction with contemporary values. Though sometimes, when seemingly opposing messages are juxtaposed in their new, "recut" form, frightening, hilarious, and comforting similarities can be found.